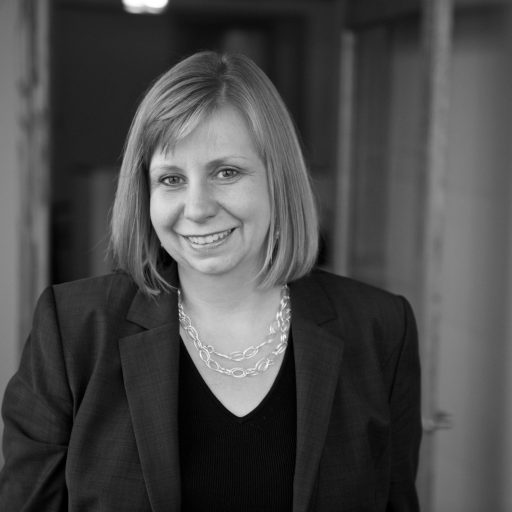 Sandra K. Loeb is a partner with Spiros Law, P.C. She has devoted her entire legal career to representing injured persons in workers’ compensation and personal injury matters throughout Central Illinois. She has successfully tried cases before juries in both Champaign and Vermilion Counties, and has secured millions of dollars in settlements for others in Coles, Iroquois, Kankakee, Macon, and McLean Counties.

Sandy’s communication, writing, and research skills have helped countless clients–solidifying her reputation as one of Illinois’ premier attorneys. Humble and willing to collaborate, Sandy enthusiastically shares her knowledge and experience with her clients and colleagues.

Sandy is a member of the Bar Associations for Champaign and Vermilion Counties, the Illinois Trial Lawyers Association, and the Illinois Bar Association, where she is currently appointed to serve as Section Council on workers’ compensation. She was Former President of the East Central Illinois Women Attorneys Association, where she dedicated her spare time to developing the participation, interaction, and promotion of women in the practice of law, the judiciary, and public service through retreats, meetings, and special events. Furthermore, Sandy has also earned the yearly recognition of being named a Leading Lawyer every year since 2012. This honor is bestowed upon less than five percent of lawyers in a given state each year, and can only be earned through the recommendations of peers in statewide surveys.

In her spare time, Sandy enjoys cooking, cycling, and running. She is a member of the Second Wind Running Club and the Kennekuk Road Runners. She has completed three marathons and 15 half-marathons. Sandy resides in Champaign with her husband, Chris.

The Spiros Law place was Very Clean, Friendly Secretaries, A++ Service all around, I highly recommend Sandra K. Loeb and Anyone else at Spiros Law.

Sandra was an excellent lawyer, she took my case even though it was risky, many lawyers would have not, we tried everything we could, she worked hard, as did I, but we did get a settlement and she listened to me to push for more which made a difference. Sandra and her team are hard workers and I recommend them.

I could not have asked for more from Sandy Loeb or the staff at Spiros Law.

Sandy Lobe was there to talk to us, I don't know what we would of done without her, so much paper work, questions that we didn't know about. Sandy took care of everything for us.

Sandy was super friendly and was a great lawyer. She always kept me updated on everything.

Sandra provided me with the guidance that yielded a very positive outcome in my claim. From the start Sandra was very easy to work with and I quickly realized that I was in good hands with her as my attorney.

⦁ Sandy has handled 3 cases for me. She has not let me down, I'm very satisfied with the work she has done.

Ms. Loeb listened and addressed my concerns at the consultation, evaluating the situation with professionalism and a friendly manner. My case was resolved to my satisfaction in a short period of time.

Sandy was always accessible, whether by email or by phone. I never once was asked to leave a message if she was in the office.

I was very pleased with how my case was handled. Sandy was able to get my case closed in a very short time. She was very accessible when needed whether via phone,text, or in person. Would highly recommend Sandy if you are needing a workers compensation attorney.

I could not have asked for a better experience with Sandra Loeb. From the initial meet up to the conclusion of the legal matter, she made my experience easy and fast. I was comfortable throughout the entire case as Sandra always kept me informed every step of the way. She was understanding, patient, and truly wanted what was best for me. She knew exactly what I was entitled to and succeeded with determination.

Ms. Loeb educated me on what to expect through the process. She was prompt on responding to communication. I was happy with the outcome.

I was recommended to Sandra by a previous client. Her work ethic and aggressive posture were empirical in my attaining an financial award regarding personal injury I received while in the employ of the State of Illinois. She kept me posted throughout the process.

Mrs. Loeb has been awesome from the first conversation

I have never worked with a lawyer before my accident in 2018, when I came to Spiros, Sandra Loeb made sure to help me get the settlement I deserved. In the year that I worked with her she went above and beyond, communicated every step with me and in the end I was truly happy with her work and the outcome.