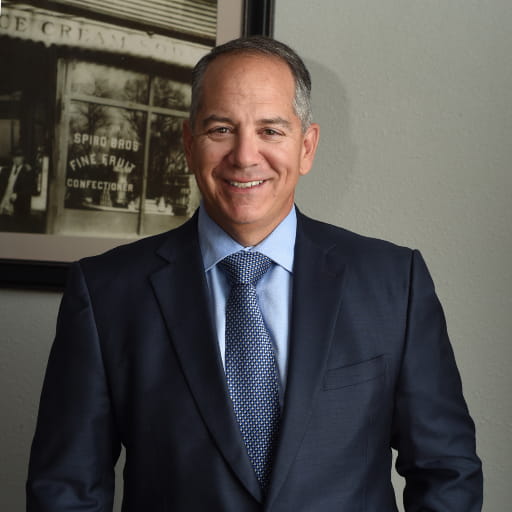 Jim is unwavering in his commitment to helping “the little guy.” As such, he has always strives to offer the highest quality of representation to those who might otherwise lack the opportunity to have their cases heard. He secured the second highest jury verdict in the history of Vermilion County, with a $9.8 million verdict on behalf of an injured minor. In 2019, he secured a $4.85 million verdict for a Vermilion County medical malpractice case. He also resolved a wrongful death case resulting from a motor vehicle collision on I-57 in Kankakee for the sum of $2 million dollars and resolved a motorcycle collision case in Edgar country for $2.25 million dollars. Other notable cases include a $3.3 million settlement he secured on behalf of a Vermilion County family against a Champaign County hospital and the largest settlement ever reported in Ford County, Illinois, of $1.45 million as well as a $1.4 million settlement in a medical negligence case for the improper administration of medication at a Central Illinois hospital, and $4.9 million for the family of a young woman killed by a truck driver, of a national retail chain, who was driving under the influence. In 2019 he secured a jury verdict of $4.85 million in a Vermillion County medical malpractice case.

Jim’s skill in the courtroom has earned him recognition by his peers throughout Illinois. Every year since 2003, he has been named by the Chicago Daily Law Bulletin as one of the leading lawyers in the State of Illinois, and in 2019 he was also added as an Advisory Board Member. Jim has also been included in the exclusive Leading Lawyers listing, an honor extended only to those lawyers who are the most recommended by their peers in statewide surveys. Jim has earned this honor each year since 2004. He has also been recognized as a 2018 Super Lawyer, another listing of outstanding lawyers who have attained high degrees of peer recognition and professional achievement. He is also a member of The Million Dollar Advocates Forum, an organization consisting of trial lawyers throughout the United States who have achieved verdicts, arbitration awards, or settlements in an amount totaling one million dollars or more.

Jim has been an author and guest lecturer for the Illinois Institute of Continuing Legal Education, the University of Illinois College of Law, and the Illinois Trial Lawyers Association. He has written articles appearing in both Tort Trends and Trial Magazine.

He earned his undergraduate degree from Purdue University, and his J.D. from The John Marshall Law School in 1994. He is active in various conservation, civic, youth, and sports organizations. He has a passion for the outdoors. He and his wife, Stephanie, have two sons.

I truly am beyond thankful for the careful thought and detail that was put into my case from day one! Jim and Matt were attentive, dedicated and invested the entire time and made sure I was taken care of. I can't thank you enough for advocating for me and my case like it were your own. I feel a positive sense of closure to such a hard time in my life

Working with Jim made what would have been an incredibly stressful event in my life so much easier! Highly recommended!

Working with Jim and his staff made my trying times a lot better and worry free,thank you for caring!!

Jim is professional and thorough, yet always personable and will take all the time necessary to make sure you are satisfied with how you and your case are being represented. I always recommend Jim Spiros and his law firm to anyone needing an attorney who will treat them like a friend, and not just a client. Jim will get the job done.

Working with Jim Spiros and his staff made my experience more pleasurable. During a difficult time it was comforting to know that I could call and get answers and my case resolved with my best interest in mind.

I could not have asked for a better lawyer and paralegal. I have never met a law office that treated you like family. I am so thankful for everything.

Jim and his staff were great to work with and kept me in the loop throughout my case. They answered my calls and emails promptly and I especially appreciated Jim's honesty and directness when decisions needed to be made.

They handled the details and over a million dollars in medical bills and we still came out much better than we ever dreamed. I strongly recommend this team.

Jim and his staff are incredibly professional and timely. I always felt like I understood where the process was and what was the expected outcome. Jim Spiros did exactly what he told me he would do and settled the case in my favor.

Thank you Miranda and Jim. You guys are a wonderful hard working team but yet show compassion and more than highly would recommend them to anyone. Words are not enough to thank you for what you have done for us and thank you from the bottom of our hearts!

Jim and Miranda’s professionalism, knowledge and tenacity are beyond reproach. We would highly recommend the firm!

Mr Spiros office was professional and courteous and answered all my questions, and I received my settlement in a timely manner. I would use Mr Spiros again.

Mr. Spiros provided exceptional service. He was honest and upfront about the process of taking on my case. He was always in contact with me, keeping me informed and having my best interest in mind. He was easy to speak with, and patient with my questions. I was very satisfied with the outcome.

James Spiros is not only a top notch attorney but a very compassionate man. He and his staff helped me thru a bad time in my life with guidance and knowledge of my rights with my work injury. I’m glad to say the case has been settled but without Jim Spiros by my side the results would have been different.

Mr.Spiros was excellent at handling my workers 'comp. case. Words cannot express how much l appreciate Mr. Spiros for his legal assistance during the most difficult time of my life. If I had any questions or concerns, he responded to me quickly and professionally.

Mr. Spiros and his staff were very professional and supportive and they immediately began working on our case. Mr. Spiros worked hard to ensure that we received exactly what we were entitled too. We are very grateful that we had James Spiros and his team helping us through this difficult time. Justice was served.

Mr. Spiros is very thorough and very helpful. You won't find a better attorney to go to bat for you. I was very pleased with the results.

Jim and his staff keep me informed throughout the case. They were very helpful in our situation offering the guidance we needed for a positive outcome.

James Spiros was a very trusting, compassionate lawyer who works diligently to get what he can for his clients. My husband & I were very impressed by his knowledge and enjoyed working with him

Jim is great for workmen's comp cases. Jim and his firm were there every step of the way and explained things to me in a manner that the common working person could understand. He is very versed in the process that I was going through and was able to let me know how the process would work before it happened. At a time when I was unable to work and my future was undetermined it gave me piece of mind.

Jim was very professional, knowledgeable, and willing to work hard to achieve a successful conclusion. I found Jim to be a very caring person and easy to discuss details of my case with. If needed, I would not hesitate to have him work for me again.

Jim was amazing, he always called and kept me up to date on my case, let me know what was going on. He doesn't stop til the job is done!

Im always put me at ease and explained the process fully in a way that I understood. He respected my wishes while still recommending his professional opinion in a kind way. He showcased his expertise in many ways, but his knowledge base was especially seen during the most stressful times of the case.

Jim was an excellent choice for me. With the stress of my medical issues, Jim put me at ease talking to him. My questions are always answered in a very timely manner. I feel that I made a very wise decision in hiring Jim and would highly recommend him to anyone.

His attention to detail is above reproach and he most certainly is an asset to his profession. Mr. Spiros always answered my calls within a reasonable amount of time.  He is very pleasant to deal with and I believe that is very important in an attorney. I had no stress in dealing with the process due to Jim. I can not recommend him enough. He is the only attorney I would ever consider using.

⦁ Jim Spiros is an intelligent, experienced, and skillful attorney. He showed creativity, tenacity, and the ability to play hardball when need be. Even more important to me, with us he was empathetic, supportive, patient, and a great advocate.

Mr Spiros was there for us. With the legal problems we had he stepped in and was there guiding us all the way. He landed a settlement that was much larger then we had though we would have gotten. He and his staff are very easy to work with, they are prompt in responding to your needs, and lay out the whole picture for you.

Mr. Spiros achieved a spectacular outcome on my case. I found the process to be efficient and organized. The research was thorough and I received prompt responses to all of my communication inquiries. Most importantly, I felt that Mr. Spiros was honest and frank when explaining possible outcomes and so I had complete trust in his capabilities to achieve the best possible outcome for my case. He over-delivered on my expectations and I won’t hesitate to recommend him to anyone in my situation or to hire him again if needed. Thank you so very much, Mr. Spiros. You are a welcome combination of honesty, integrity, and legal know-how.

Mr. Spiros and his whole staff have done an amazing job at making me feel empowered, well-informed, and welcomed. I was so scared but was quickly put at ease because he helped me through every single detail and I knew what to expect. He is an amazing lawyer that will fight hard for you. Mr.Spiros ensured I was well prepared which made me feel confident and ready for anything. I would HIGHLY recommend him and his staff.

Working with Mr Spiros made our healing process easier, he always returned our calls if we had any questions, he regularly called just to check on us, I would recommend Mr Spiros to anyone who wants to file a wrongful death lawsuit